Gifs are a form of digital art that came into existence in 1987. However, they were taken into notice by an audience some years later as the access to the internet allowed the gifs to travel and become viral online.

Technically, gif art is a series of images being played in a loop. They have no sound and don't require someone to press play to start it.

Following are 10 of the best animated Git arts by renowned gif artists.

Please note that the order of GIFS is random, and there is no ranking involved.

The following are one of the ten best Gif artists around the world. They have gained popularity due to their unique style in expressing themselves to the world and their expertise in making such GIFs.

How do you make an art GIF?

Creating Gifs has gotten a lot easier over time. As time progressed, many software is available to users, providing suitable options to edit and create mesmerizing gif arts.

Motionbox has been known to provide a user-friendly interface to create beautiful gifs. Whether it's animated or not, the motion box got you covered.

The interface is quite similar to video editing.

You can create a Gif art using Motionbox by going into the "features" tab and choosing the "Edit GIF" option. From there, you can start mixing templates and effects from its already provided library. It lets you see the timestamp and coordinates as well, so your end product turns out to be excellent. 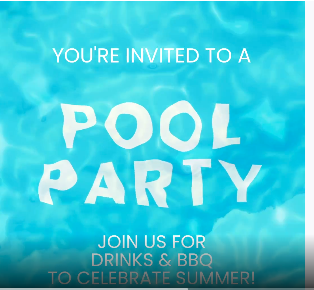 MotionBox also has ready-made gifs available that you can use, of those fit perfectly to your requirement; otherwise, editing and making your own is always an option.

What is GIF Short For?

GIF is short for Graphics Interchange Format, known for animation and small video loops in social media. They were first developed by a Computer Scientist working in CompuServe in 1987. The pronunciation of the acronym GIF got ubiquitous once it took off.

What is the Purpose of a GIF?

The information encoded in visual form is more consumable, engaging, and appealing to the audience. People use GIFs to retain their audience's attention, promote a brand or product, showcase creativity, tell a story, involve the audience, and entertain them.

Who is the Best GIF Artist?

All artists have different styles from others and depict emotions and ideas on various levels. However, Carl Burton can be named as one of the best gif artists. His GIFS are subtle but mesmerizing.

GIFs are static images running in a loop which is a great form to communicate to the audience, and apart from mere entertainment, they are being used by top brands to attract consumers and create a better image of the brand in their minds.

Several artists with their sense of style create amazing eye-catching GIFs and have embraced this as their career. MotionBox helps you by providing a memorable experience of creating and editing gifs with its easy-to-use interface.

Hey 👋 I am the founder and maker of Motionbox. My mission is to build useful tools in the video space. I enjoy science, art, and sports. Feel free to reach out to me.

Motionbox’s YouTube channel is the headquarters for new videos, livestreams, and meetups with Motionbox folks.

Join our fans on Slack

Engage with a vibrant community of creators and teams adopting Motionbox

Motionbox is the new standard for modern lead generation using video and AI, all in your browser.

LinkAffiliatesAboutPricingBlogVideo Marketing
© 2023 Motionbox. Made with love in San Diego, California.